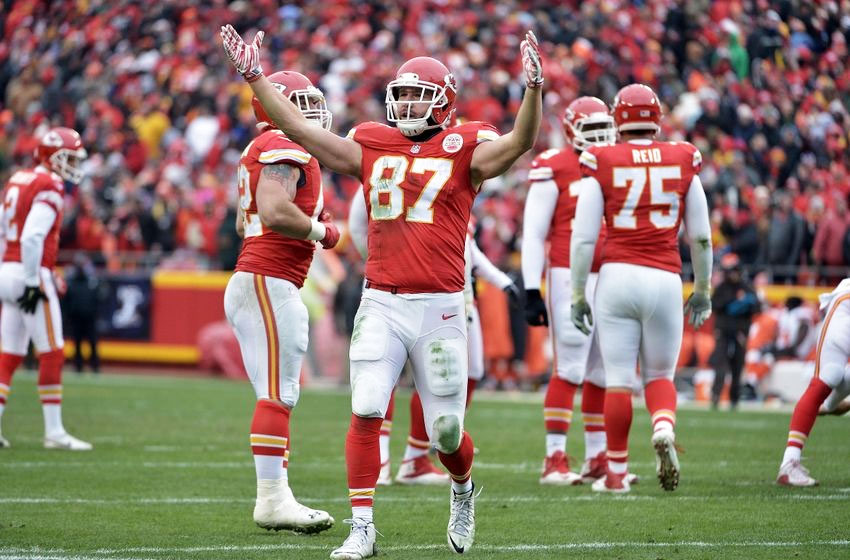 Good, but not good enough to win a playoff game.

Kansas City continues to win, making it 9 in a row, but the struggles of playing at home also continue. The last three games at Arrowhead against lesser opponents have been decided by a score or less, but all that matters is they continue to win, and with the help of the Cincinnati Bengals tonight, KC could be division champs and host a playoff game.

Because Denver plays tonight, instead of yesterday, the Chiefs have clinched a playoff spot, and Denver hasn’t, even though the Broncos hold the division lead. So we will wait and see what happens tonight. There is no reason to believe Cincinnati isn’t the better team, and should win the game.

You could argue that the Chiefs didn’t deserve to win the game yesterday, but when you look around the league, there was a handful of playoff teams that looked terrible yesterday. The all mighty New England Patriots ran into a Jets team that absolutely had to win the game. The Pats had a coin flip error in the game at the end of regulation, and why Belichick didn’t want the ball in Brady’s hands to start OT is beyond me, but the Jets played well enough to win and New England did not look good doing so.

We have heard for weeks how dangerous the Pittsburgh Steelers are, and how they are a legit Super Bowl contender. What we saw from the Steelers yesterday was pathetic. Rothlisberger was terrible, and turned the ball over. Heck, he even threw a pick-6 that ended up being called back. Pittsburgh was brought back down to earth, as was Seattle, who was embarrassed at home by St. Louis.

So all these teams that we assumed to be all high and mighty, are beatable. The closest to an “unbeatable” team is Arizona. The Cardinals went to town on the Packers, who are a playoff team. All these teams were humbled yesterday, Pittsburgh and Seattle were embarrassed by bad football teams. in the AFC, this is anybody’s post season. New England will get healthy, but they aren’t a hot team right now, KC is…

Why not the Chiefs? All they have done during this win streak (besides Buffalo) is get an early lead and coast. Isn’t that the name of the game? Punch them in the mouth, play defense, and run the ball? It absolutely is, and Andy Reid is as good as any coach at doing this. He has a great defense, a good QB, and plenty of running backs that can handle a workload. This is what the Chiefs do, and it’s not always pretty when you look at the final box score. Kansas City is more than capable of scoring in the playoffs, and with any opponent. Where they run into trouble is if they get down early. The last time they really faced a threatening deficit was against Buffalo, and that team has turned out to be a dud. If the Chiefs get down a couple scores in the playoffs, they could be in trouble. However, there is no reason to believe the Chiefs can’t get out to an early lead against anyone.

We will know more tonight, but there isn’t any reason to believe the Chiefs won’t be hosting the Jets or Broncos at home in the wildcard round. You guessed it, Tickets For Less has all your playoff ticket needs covered!