The CBE Classic is a relatively new event to Kansas City. Having only a couple years in it’s existence, the CBE Classic has been host to selection of some of college basketball’s most elite teams. Four teams are involved in the tournament, usually one or two of them being the former team of that years College Basketball Hall of Fame inductee. The 2010 lineup is a blend of tradion and home town roots as Kansas State, Gonzaga, Marquette, and Duke collide in an exciting tournament to kick off the college basketball season. Despite obtaining an NBA or NHL team, the Sprint Center and their crew have done a tremendous job  attracting big time events to Kansas City. The big 12 tournament, NBA and NHL  preseason games, theater and non sporting events, and the biggest music stars on earth. Hosting the CBE tournament as part of the College Basketball Hall of Fame “package,” is an event the Sprint Center and Kansas City should be proud of.

Duke is looking to repeat as National Champions after a great run in last years tourney, and a photo finish ending against Butler in the title game.

Kansas State comes into the tournament as many preseason favorites to win the Big 12. With star guard Jacob Pullen returning, Frank Martin has one of the best backcourts in the country.

Gonzaga and Marquette, both expected to be found in the lower end of the Top 25, are teams that are definitely equipped to give Duke and K State a challenge in this tournament. In most tournaments, or is usually one or two teams that are considerably weaker than the rest of the field, but in the CBE classic for 2010, the matchups are fairly even. It should hopefully be a very unpredicatble and exciting couple of days.

I predict it will be Duke against K state in the final, and I think K State has what it takes to knock off the defending champs and hand Coach K his first loss of the season. Not only doesn K State have the talent to outlast Duke, the fan base from The Little Apple will be ready to roar as they will most likely be the majority of the crowd attending this seasons tournament. Frank Martin has exceeded his expectations as he guided the Wildcats to an elite eight run last season, and with the minimal loss of players from last year, K State could make another great run in March 2011.

Looking for great seats to this years CBE Classic on the 22nd and 23rd of November?

Be sure to contact Tickets For Less, as they carry the widest variety of seats on the market. Just call 913-685-3322 , or visit www.ticketsforless.com to conveniently purchase over the web! 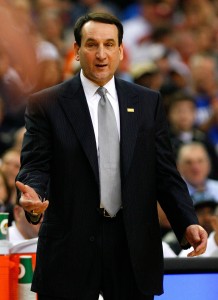