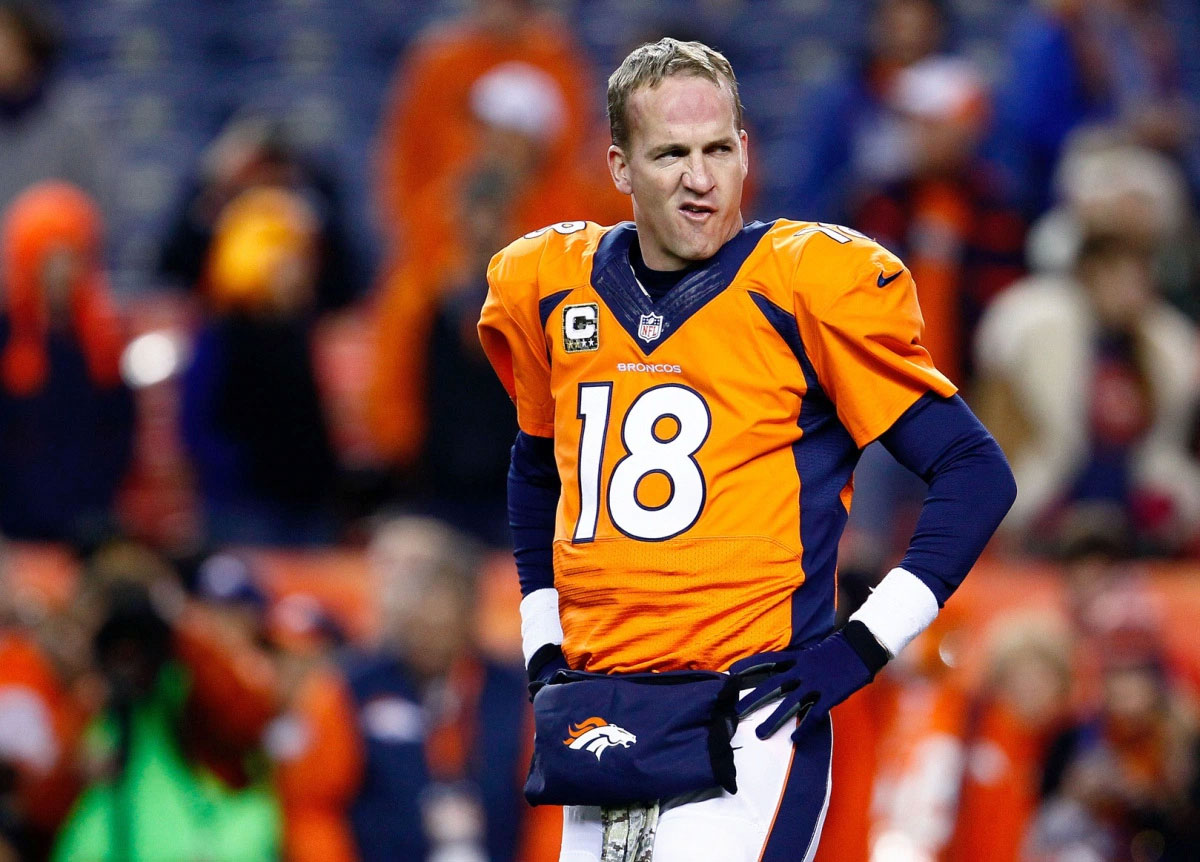 For the handful of RABID Denver Broncos fans living in the KC area, this will be the last hurrah for your team in the foreseeable future. Peyton Manning is hanging on by a thread only because of what his defense is capable of doing.

Manning is no longer a threat on the field. He’s a shell of himself at 39. I cross my fingers that the aging and fragile QB does not suffer a serious injury in Super Bowl 50 on Sunday. Many will argue that Manning deserves this ultimate sports stage before his illustrious 18 year playing career comes to an end Sunday. I can’t disagree. He has been everything the NFL wants in a franchise player. Google Manning’s record, it’s astounding. Check his conduct; it’s pure as the driven snow. Almost.

We all know about Peyton Manning. The Chiefs wanted this guy in the worse way after his ugly departure from Indianapolis. One problem with that, Manning wanted no part of the Chiefs. He didn’t want to work for Clark Hunt and Scott Pioli. And he wanted no part of Todd Hailey.

Manning wanted to break bread with John Elway. The Broncos, at the time Manning signed, were a much better franchise than the Chiefs. You can argue, they still are. Since the Broncos have the best record in football.

The ownership here in KC lacked the vision of what it took to be successful in the era of free agency and how to deal with the complex problems inherit in the salary cap from year to year. While the Chiefs finally won a playoff game for the first time in 22 years, they’ve still managed to win only 1 division title in the last 12 years. One!

No question Denver has been the team to beat in the AFC West but the Chiefs are now in the best position to make a run. My biggest concern is the quarterback. I’m not sure Alex Smith is capable of taking the Chiefs deep into the playoffs. It is encouraging that Smith will be surrounded by enough talent to bridge the gap thus helping the Chiefs to a game in February for the first time in five decades. It’s no longer a pipe dream, folks, it’s going to happen with a few good breaks along the way. The defense is rock solid and will be the face of this franchise for many years down the road.  GM John Dorsey still has some tweaking to do, but I’m confident he’ll figure it out and get the necessary pieces in the right places.

Not much has been said about next year’s schedule, but the Chiefs get 4 games against the AFC South and 4 against the NFC South. By the way, the AFC South was the worst division in the NFL last season. The Houston Texans at 9 – 7 were the only team with a winning record. Chiefs beat them twice. Of the 8 games the Chiefs play against those two other divisions, only 2 teams had winning records. So it’s a really good, favorable schedule that should push the Chiefs to the top.