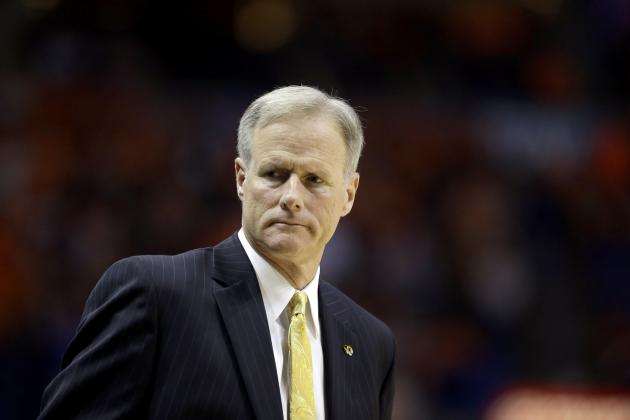 I certainly don’t envy Mack Rhoades and the dysfunctional mess he inherited at Missouri. Less than a year on the job, the Mizzou Athletic Director is faced with another major coaching decision. This time it’s what to do with Kim Anderson.

Before I jump in, full disclosure on this one. I consider Kim Anderson a friend. I’ve known him for over 30 years and have followed him closely when he was Norm Stewart’s top bench assistant. You would be hard pressed to find a more stand-up guy in college coaching.  I don’t want to betray Anderson’s confidence but Kim Anderson is too nice of a man to be a head basketball coach at a Power Five Institution. It’s not because he isn’t capable of being successful at this level, it’s because he cannot be a cut-throat kind of person who will do anything, at any cost, to win.

Look around and see how some of these big time coaches operate. Look at Louisville. Look at Syracuse.  Look at North Carolina. The stakes are high. The pressure is unrelenting for coaches to succeed particularly in down trodden programs trying to find their way back.

Let’s be honest. Missouri doesn’t appear to have gotten better in the last two seasons under Anderson. Ultimately it falls on the head coach but this situation at Missouri is not the norm. The basketball program has been off the rails, for the most, part since Norm retired. Former Athletic Director, Mike Alden, couldn’t fix the program in nearly two decades on the job. He survived because he was joined at the hip to football coach, Gary Pinkel. Alden seemed to be preoccupied getting Missouri into the SEC. He gets high marks for his effort but under his watch, the new arena is seldom half filled for basketball.

Alden had to sense problems were festering when Frank Haith bailed for Tulsa. Haith was never a popular choice when he was hired at Missouri, but he won quickly with Mike Anderson’s players, taking the heat off Alden. Alden was faced with hiring his 4th head coach. Kim Anderson had been passed off twice before for the job but was an easy pick the 3rd time around. He had just won the Division II National Championship. As a native son, Anderson was well known and liked throughout the state. Alden was counting on his new coach to galvanize the fan base. What Alden did not tell Anderson was that the NCAA had its fangs poised and ready to strike with another load of venom, further crippling the program. Anderson didn’t find out until Alden had jumped in the fox hole and disappeared 3 months before he was scheduled to leave the university. Meanwhile, the losses were piling up and Missouri had no choice but to self-impose a postseason ban for violations committed under the watch of Frank Haith. It could be interpreted as another death sentence for MU recruiting. So how in the world can Mack Rhoades dump Anderson after only two years on the job of fighting one dumpster fire after another? (Anderson has a 5-year contact).

Critics point out, 2 last place finishes in the SEC, too many empty seats and overall lack of enthusiasm for the program. You can’t argue any of those points. You can make a strong case that Anderson was never in a position to be remotely capable of turning around one of the worst programs in college basketball. Kim Anderson deserves a better fate at Missouri!