What does it take? That seems to be the question. WHAT DOES IT TAKE?

What does it take for our Royals to be a winner?

Teams feared us 1970’s as we continually went to battle against the Yankees in a slugfest for the American League Championship. Just watch the “Pine Tar” game and see how passionate we were about winning. We all know that in 1980 we made it to the series against Philadelphia. We lost, but we still won the pennant. In 1985, we won the World Series. What a thrill.

In what looked like a promising 1994 season that was eventually shortened by the strike, our Royals finished at a comfortable 64-51 to find themselves in a position for playoff contention. We saw a glimpse of positivity in 2003, but the tank ran empty halfway through the season.  Thats just about it. That’s all you need to know about The Kansas City Royals. It’s a pretty short story to tell considering that the other 97 percent of our beloved team’s history is saturated with some of the most pathetic baseball ever witnessed. But enough of the negativity. We have heard it before.  We have to accept the past, the present, and continually hope to once again see greatness.

So, what does it take to create this so called “winning formula?”

As you can see, this is interesting to compare all three teams in relation to their success. Where do we need to improve?

When the Yankees come to town in August, be sure to go out to Kauffman Stadium for a Major League Baseball bonanza!

Great seats are still available!!! For more information on the Yankees series August 12-15th or any other game this season, contact Tickets For Less at 913.685.3322 or purchase through the website at www.ticketsforless.com 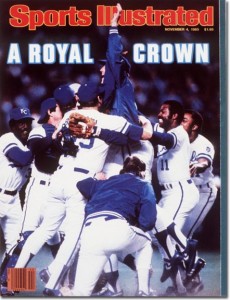