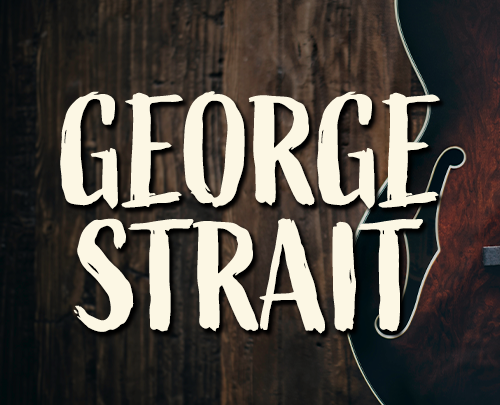 The king of country music, George Strait, is coming back to Kansas City on July 30, 2022. Tickets to the upcoming George Strait concert are on sale now. | GET TICKETS

The upcoming George Strait concert at GEHA Field at Arrowhead Stadium will be his fourth at the stadium. He last played in Kansas City in 2014 at Sprint Center (now T-Mobile Center).

Strait will be joined in concert on July 30 by Chris Stapleton and Little Big Town.

In his career, George Strait has topped the charts an astonishing 60 times. A 2006 Country Music Hall of Fame inductee, Strait has earned more than 60 awards. He has also sold nearly 70 million albums world-wide.

Strait has a laundry list of hits in his 30+ year career. Some of his top hits are below:

Tickets are available now, and more tickets will be added in the coming days and months. | SHOP GEORGE STRAIT TICKETS NOW