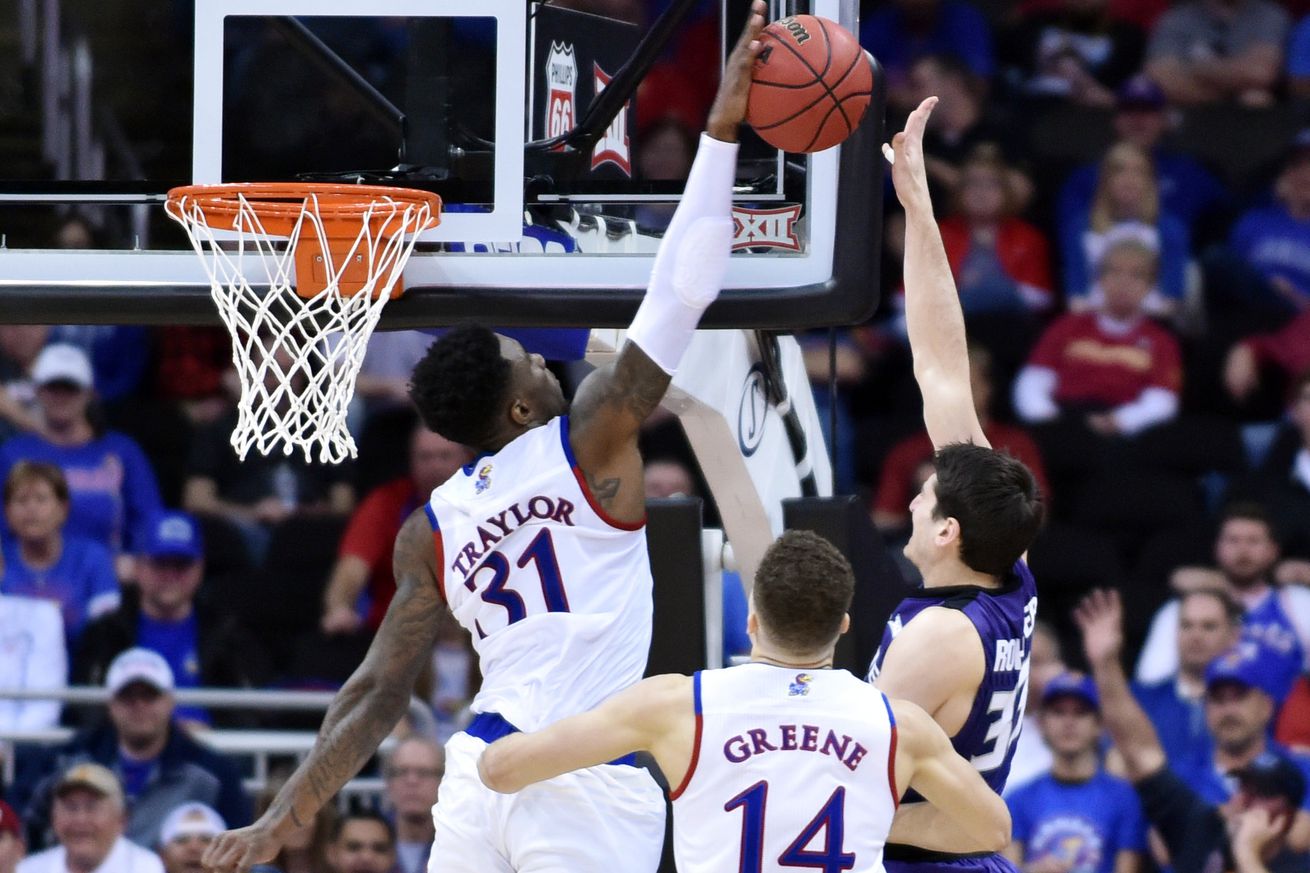 The semifinals of the 2016 Big 12 tournament are set to begin and it’s a day which features two exciting games between the best of the conference.

Earlier, the Baylor Bears handled Texas in the first quarterfinal of the day and will now face Kansas for a chance to play for the conference tournament championship.

Kansas is 2-0 against Baylor this season, dominating the first meeting in Allen Fieldhouse early in the Big 12 schedule. In the second meeting just two weeks ago, Baylor played the Jayhawks tough in Waco, but ultimately KU figured out a way to escape with a huge road win.

KU is clicking on all cylinders and now on a 12-game winning streak but will face a difficult task against Baylor on Friday evening. Bill Self has made an effort to downplay the Big 12 tournament, not necessarily saying it’s overly important for his team to win the championship, although it would be nice capper on the conference season. With a lock on a No. 1 seed in the NCAA tournament, the only improvement Kansas could make on that is capturing the overall top seed. A trip to the conference tournament championship on Saturday–win or lose–would likely seal that up.

For Baylor, the type of defense they decide to play will dictate how the game goes. KU has had success at picking apart the zone defense head coach Scott Drew opts to use. Led by first team all-Big 12 forward Taurean Prince, the Bears have a team with plenty of athleticism and length, and among conference teams, are playing as well as anyone outside of Kansas.

In the other semifinal, second seed West Virginia will meet Oklahoma for a chance at the championship.

Buddy Hield led the Sooners with 39 points in a hard fought win over Iowa State in Thursday’s marquee game.

West Virginia cruised over TCU with their typical hectic and harassing defense and will look to do the same against OU.

The concerning issue for Oklahoma is where they will get offense from if (and hard to believe it would every happen) Hield struggles from the field. You can essentially pencil him in for 20-25 points, but against a team like West Virginia, who can create a lot of problems for opposing teams’ offense, Hield will once again have to be the offensive weapon for his team.

Head coach Bob Huggins will try to focus on limiting Hield in order to force other players to beat them. Lon Kruger has talent on his roster, but isn’t overly deep and can be offensively deficient at times.

Both games will surely provide incredible action inside the Sprint Center, setting up what should be a classic championship on Saturday evening. For those hoping for Kansas-Oklahoma part 3, it could happen and would be one of the more hyped games of the season in all of college basketball.

Tickets are on sale now at Tickets For Less for all remaining sessions at the Big 12 tournament. With two incredible match ups scheduled for Friday’s semifinals, you’ll want to be there to see all the action in the beautiful downtown Kansas City Sprint Center. With zero hidden service fees, what you see is what you get on all ticket purchases. Get your seats today and witness the best basketball in the country up close and in person.