The Copa America is coming to the United States for the very first time. The tournament gives you the chance to see some of the world’s best soccer players, like Lionel Messi, Luis Suarez and James Rodriguez. You can buy Copa America tickets at Ticket For Less.

Tickets For Less has a multitude of tickets remaining for these matches at several different venues. Venue passes for Chicago and Seattle are available for as low as $328 and $217, respectively.

The United States national team is scheduled to play its three group stage matches in three different locations. The team faces Colombia June 3 at Levi’s Stadium in Santa Clara, Calif., then will play Costa Rica at Soldier Field in Chicago for the second group stage game. The U.S. closes out the group stage June 11 at Lincoln Financial Field in Philadelphia.

In addition to the United States matches, Tickets For Less is also offering tickets to many other Copa America matches. These include a huge Group D clash between Argentina and Chile at Levi’s Stadium.

There are plenty of tickets remaining for all Copa America matches, so don’t hesitate to call Tickets For Less at 913-685-3322 or order online at ticketsforless.com.

Based in Overland Park, Kans., Tickets For Less is one of the largest ticket brokers in the country for Kansas City Royals and Kansas City Chiefs tickets. We also sell tickets to events around the country. Our helpful sales team can find you the best tickets at virtually any event. 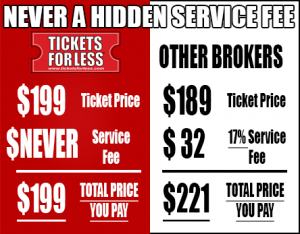