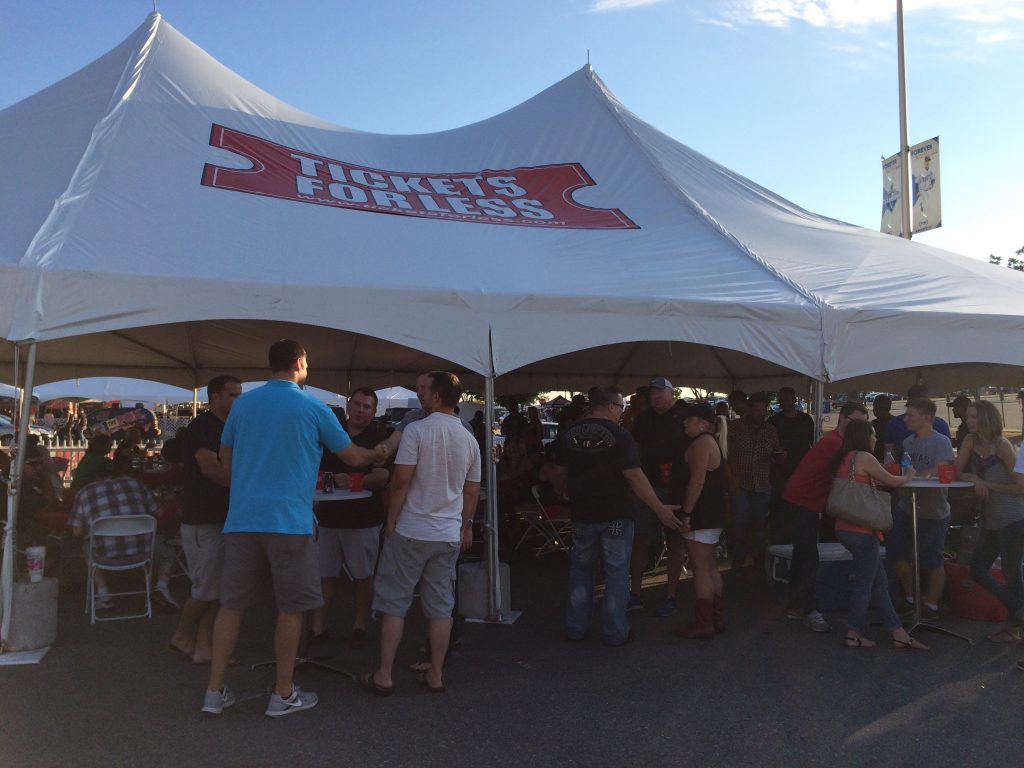 The Tickets For Less VIP tailgate tent opened Wednesday evening for the very first time, ahead of the Guns N’ Roses concert at Arrowhead Stadium.

About 130 Tickets For Less customers enjoyed delicious catered barbeque, with beverages provided as well. The stadium was just a short walk from the tent, which was in Lot M of the Arrowhead parking lot, between the two stadiums.

The tent is shown in the photo gallery below. There are photos of the tent as well as a look at the concert. Click on the pictures to see them up close.

Guns N’ Roses live was a once-in-a-lifetime experience. The original lineup of the band from its “Appetite For Destruction” days, the debut album which launched Guns N’ Roses into stardom, hadn’t been together for 20 years. Guns N’ Roses hadn’t played in Kansas City for 24 years.

The next concert to hit Arrowhead will be Kenny Chesney’s “Spread the Love” tour on July 16. Get tickets to that show and many more at ticketsforless.com. To order a VIP tailgate tent pass, select TAILGATE PASS when purchasing your ticket.

Tickets For Less is an Overland Park, Kans.-based ticket seller. We are one of the biggest sellers in the country of Kansas City Chiefs, Kansas City Royals, Kansas Speedway and Sprint Center tickets. To order, call 913-685-3322 or visit our website.