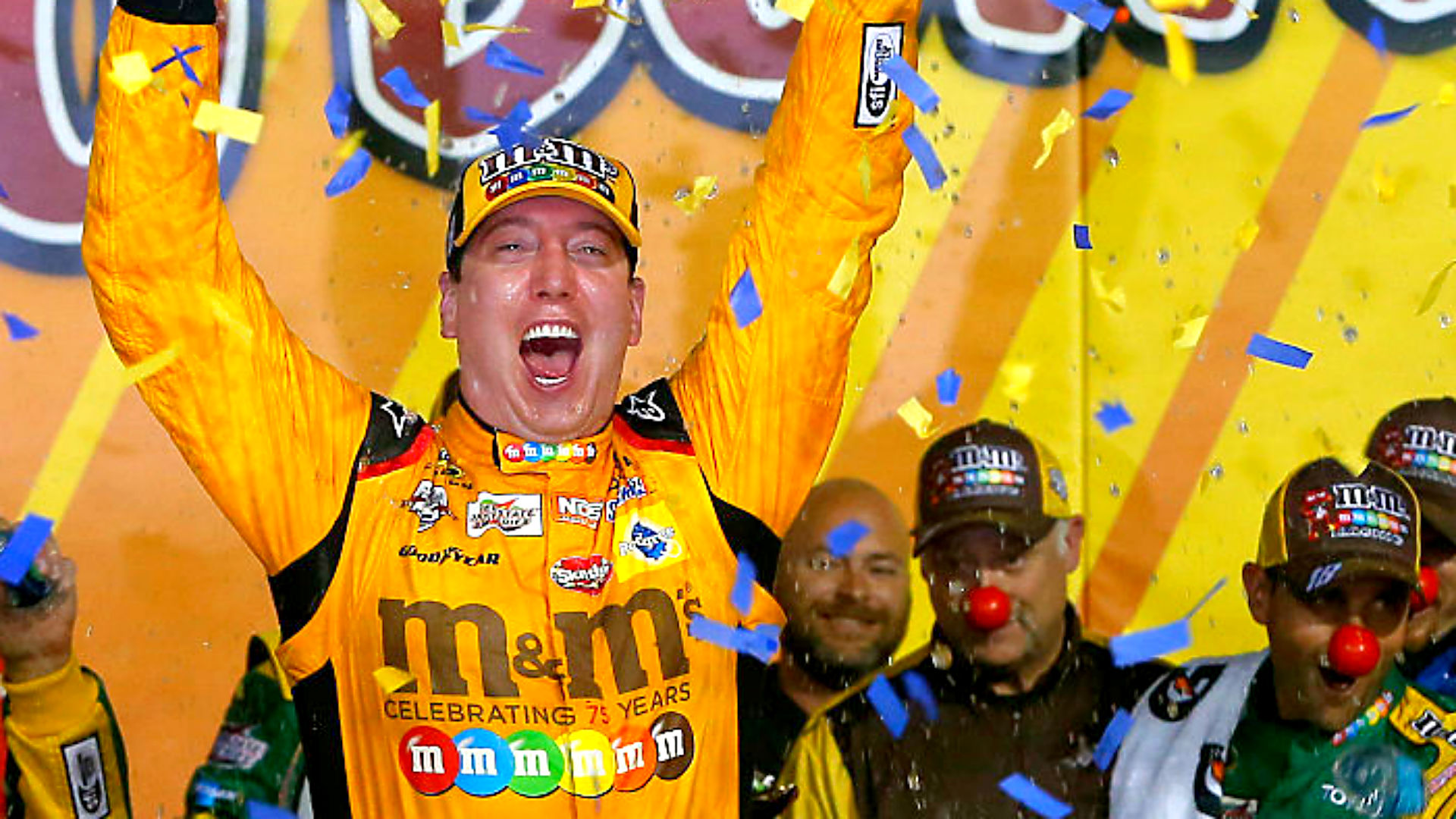 It was another spectacular race at the Kansas Speedway, Saturday, as Kyle Busch ran away from the field down the stretch to win his first NASCAR race at Kansas.

Busch has had poor luck at the Speedway, crashing out twice in two different Sprint Cup chase races, while suffering numerous other misfortunes along the way.

After winning the pole, Martin Truex, Jr., was dominating the field for most of the night, leading the most laps and looking much faster than everyone else, but with 54 laps to go and coming out of a stop, he radioed his crew and said he had a loose wheel, which forced him to come back in and lose a lap in the process.

Already turning into one of the true stars and winners in NASCAR, Busch held off Matt Harvick to get the victory in front of a packed Speedway under the lights.

Late in the race, Busch decided not to pit for tires, which was a risky move, but received the clean air with no one in front of him and the gamble paid off. Following the race, Busch was excited about the win because of the points received, but winning at a place where he hadn’t yet seen victory lane was even more special, particularly considering his rough past at the Kansas Speedway.

NASCAR will return to Kansas Speedway for the Sprint Cup Chase for the Cup race on October 16. With plenty on the line in the chase, the action on the track gets hotter and more intense than ever. Visit Tickets For Less for tickets to the next race and witness the best drivers in the world take the track vying for a spot atop the points standings.