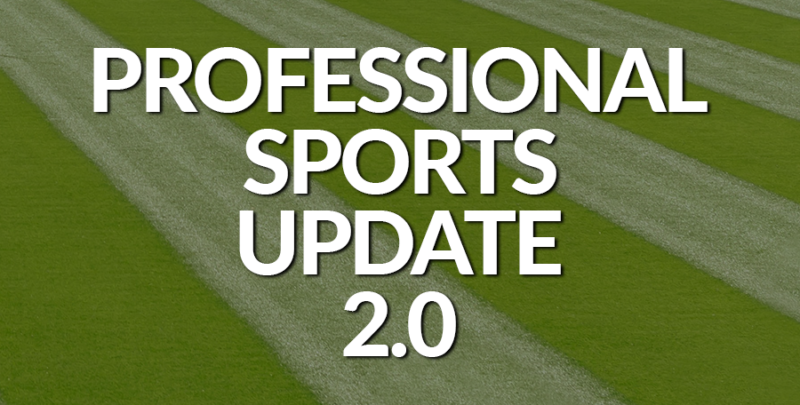 The return of professional sports is finally here. Baseball is set to begin this week on July 23rd, with basketball following suit on July 30th. Professional hockey is also close to a return, while professional soccer is nearly two weeks into the #MLSIsBack Tournament in Orlando, Fla.

Baseball will open its 2020 season on Thursday, July 23rd. The two games taking place on July 23rd will be Yankees at Nationals (6 p.m. CST) and Giants vs. Dodgers (9 p.m. CST) on ESPN. The rest of the league will open on July 24th, including the Kansas City Royals traveling to take on the Cleveland Indians (7 p.m. CST).

The season will look vastly different than any before, starting with a 60-game regular season. Both leagues will adopt the designated hitter in 2020, and the active roster will jump to 30 players instead of 25.

For a complete breakdown of the changes taking place in 2020, CLICK HERE

Basketball will resume its season in Orlando with a strong double-header on July 30th. The Jazz and Pelicans will square off at 5:30 p.m. CST, followed by the Clipper and Lakers at 8 p.m. CST. Regular season games will continue through August 14th.

Each team will play eight regular season games before a regular playoff schedule takes place, with the champion being decided no later than October 13th. All games will take place within the “bubble” at the ESPN Wide World of Sports facility in Orlando, Florida.

For a complete list of the regular season schedule with start times and TV information, CLICK HERE

The football season is currently scheduled to kick off at Arrowhead Stadium on September 10th. The champion Chiefs will host the Texans as they begin their quest to run it back and repeat as champions.

It is currently unclear how many fans will be in attendance at Arrowhead, or any stadiums, in 2020. The Chiefs announced a plan for limited capacity in early July.

For those interested in purchasing a deposit for tickets when they do go on sale for Chiefs games, CLICK HERE. Tickets For Less is offering a completely refundable deposit program to reserve the right to purchase tickets, all with their 100% Fansurance Guarantee.

Hockey currently does not have dates set for a return to action, but all teams are currently participating in training camps.

An announcement is expected soon on Phase 4 of their return to play model. That announcement should include information on hub cities, broadcast guidelines and hopefully game dates and times.

Soccer got underway with the #MLSIsBack Tournament from Orlando on July 8th. Teams are currently in the group stage.

After the group stage, the Knockout Stage (Round of 16) is set for July 25-28. The Quarterfinals will follow on July 30th and August 1st, with the Semifinals scheduled for August 5th and 6th. The Final is slated for August 11th. For the full bracket, CLICK HERE

Sporting KC finds themselves sitting in third place with one match remaining in group play. SKC will play Real Salt Lake. A win will guarantee them a spot in the Knockout Stage.

As time progresses and seasons continue, the possibility of fans in attendance could become a reality. Both baseball and football both have high hopes of allowing fans, albeit in a limited capacity, at some point this season. Stay tuned to Kansas City Ticket News and Tickets For Less for the latest updates on fan attendance.