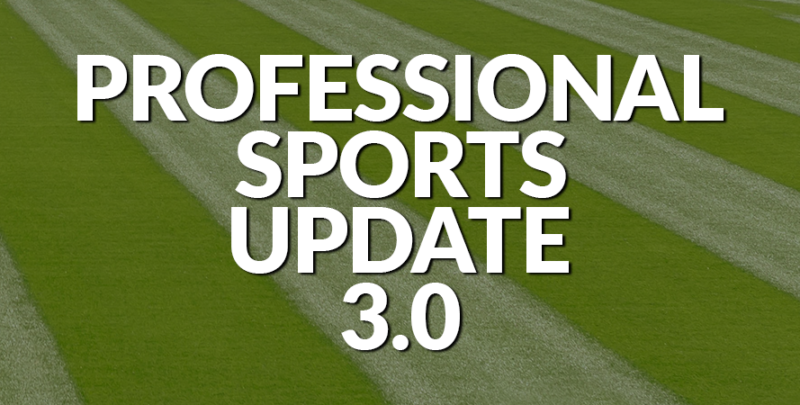 Two months ago, sports returned with the MLS is Back Tournament in Orlando, Fla. Baseball, basketball and hockey returned in the following weeks. Football is on track to return in a few weeks. With so much going on in the professional sports world, here is an update on the state of each league.

Baseball returned on July 23 as the only sport to resume in home markets. The shortened 60-game season is now over one-third complete, with the vast majority of teams still in the playoff race as September nears.

In a season where a total of 16 teams will make the playoffs, the playoff format can be a little confusing. The top two teams from each of the six divisions will make up the first 12 spots. The final two spots from each league will be decided by the best records of the remaining teams. | 2020 Baseball Standings

Basketball resumed its season on July 30 at the ESPN Wide World of Sports Complex in Orlando. The “bubble” format has proved to be very effective, with no positive COVID-19 test results in the month of August.

Each team completed their eight regular season games, with the Portland Trailblazers knocking off the Memphis Grizzlies in a final play-in game for the Western Conference’s No. 8 seed.

The playoffs began on Monday, August 17 and will continue until a champion is crowned in mid-October. One thing is certain: there has never been a playoff quite like this. | Playoff Information

The football season is scheduled to kick off in just over three weeks at Arrowhead Stadium in Kansas City. The defending champion Chiefs will host the Houston Texans in a playoff rematch on September 10 for Thursday Night Football.

The Chiefs announced plans this week for around a 22% capacity at Arrowhead Stadium for their first three home games against the Texans, Patriots and Raiders. | Chiefs Health & Safety Plan

For those interested in purchasing a deposit for tickets when they do go on sale for Chiefs games, CLICK HERE. Tickets For Less is offering a completely refundable deposit program to reserve the right to purchase tickets, all with their 100% Fansurance Guarantee.

Qualifying games were played to set up a 16-team playoff, which began on August 11. Each of the four playoff rounds will be Best-of-7, with winners advancing to the next round. When the playoffs reach the conference finals stage, the remaining two teams in Toronto will transfer to Edmonton for the remainder of the playoffs. | Playoff Bracket

Soccer was the first major team sport to return in the United States in mid-July with the MLS is Back Tournament in Orlando. The tournament concluded on August 11 with Portland knocking off Orlando, 2-1 to bring home the championship.

The league announced that teams would return to play in their home markets, beginning in August and concluding on November 8. Each team will play an addition 18 regular season games. Those games began with Dallas and Nashville playing a pair of games on August 12 and 16. Both teams did not participate in the tournament due to COVID-19 concerns. The schedule will be released in three phases, six games per phase.

Sporting Kansas City recently announced plans for reduced capacity at Children’s Mercy Park for the remainder of the 2020 season. Tickets will become available in limited quantities and will only be available on a game-by-game basis. | SKC Schedule | Available Tickets

2020 has surely been one of the most unique years in history. That being said, the return of sports has been a welcomed sight for fans all over the country.