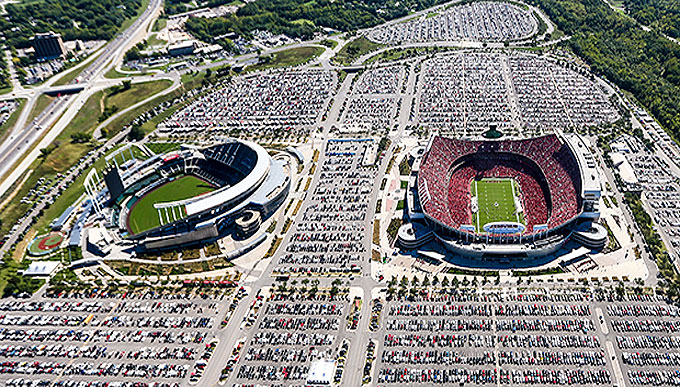 I want to take this opportunity to wish everyone a Happy Thanksgiving. It’s one of the great holidays where we get to pause, take time to reflect, and be grateful for family and friends.

Now, I don’t want to jinx anything but it’s looking more and more like the Royals and Chiefs will make the playoffs in the same year. Hallelujah!  We’re halfway there. It’s never happened before. It’s never come close to happening because our two major teams have a long history of playing bad baseball and football over the years.

Along the way, they each did reach the pinnacle of their respective sports. The Chiefs played in 2 of the first 4 Super Bowls, and then disappeared from the face of the earth.

During that same period, the Royals were enjoying unbridled success appearing in the playoffs 7 times in 9 years, including two World Series. The Royals won their first championship in 1985 and 30 years later were most impressive in running away with a division title and capping off a spectacular season winning their second World Series.

It all looks good now but the Royals were dreadful for about twenty years. They lost almost 600 games in a 6 year period. We were exposed to horrendous baseball. During that stretch, we learned the hard way, that patience is indeed a virtue and that the long wait has been worth the prize at the end.

The Chiefs have been a different story. They just can’t seem to put it together with any degree of consistency. They have the dubious distinction of not winning a playoff game in 22 years. The Hunt family has tried a little bit of everything to fix it. They’ve had seven different head coaches and three General Managers since they last won a postseason game in 1993. Seven different head coaches!

Before Marty Schottenheimer arrived in 1989, it got so bad at Arrowhead the Chiefs couldn’t give away tickets. I’m serious. They even provided season tickets to some in the media and full disclosure here – I was on the receiving end of four freebies for every home game one season.  During this period in the early 80’s, you could not give away the tickets. The product on the field was so lousy no one wanted to go. For one of the Denver games, 11 thousand showed up at Arrowhead.

Thank goodness those days are behind us. The Chiefs are on a terrific run right now; four straight wins and they have positioned themselves for a nice shot at one of the two wildcard playoff spots. Buffalo is the only team on the remaining schedule with a winning record. The Chiefs can put the Bills in their rear view mirror when they clash Sunday at Arrowhead.

It’s indeed a time for fans to savor. Think of it, the Chiefs and Royals in the playoffs in the same season. It sounds like a pipe dream that’s about to become a reality.